The Gardens at Rousham

Rousham in Oxfordshire was one of the first landscape gardens created in England and is, still, one of the most influential. Designed by William Kent in the late 1730s for the Cottrell-Dormer family (who are its owners today) it has become a place of pilgrimage for landscape architects and garden designers worldwide as well as garden lovers. Its magical glades and sculptural set-pieces have long intrigued Francis Hamel, who has lived and worked there for 25 years. Since the beginning of 2020 he has composed an extraordinary collection of paintings that capture the gardens and their magic. With essays by Francis Hamel, Tom Stuart-Smith, Joanna Kavenna and Christopher Woodward, the reader is led down its mysterious pathways; from tree-shaded walks peopled with statues of Pan, Venus and other immortals to sun-dappled meadows carpeted with wild flowers. 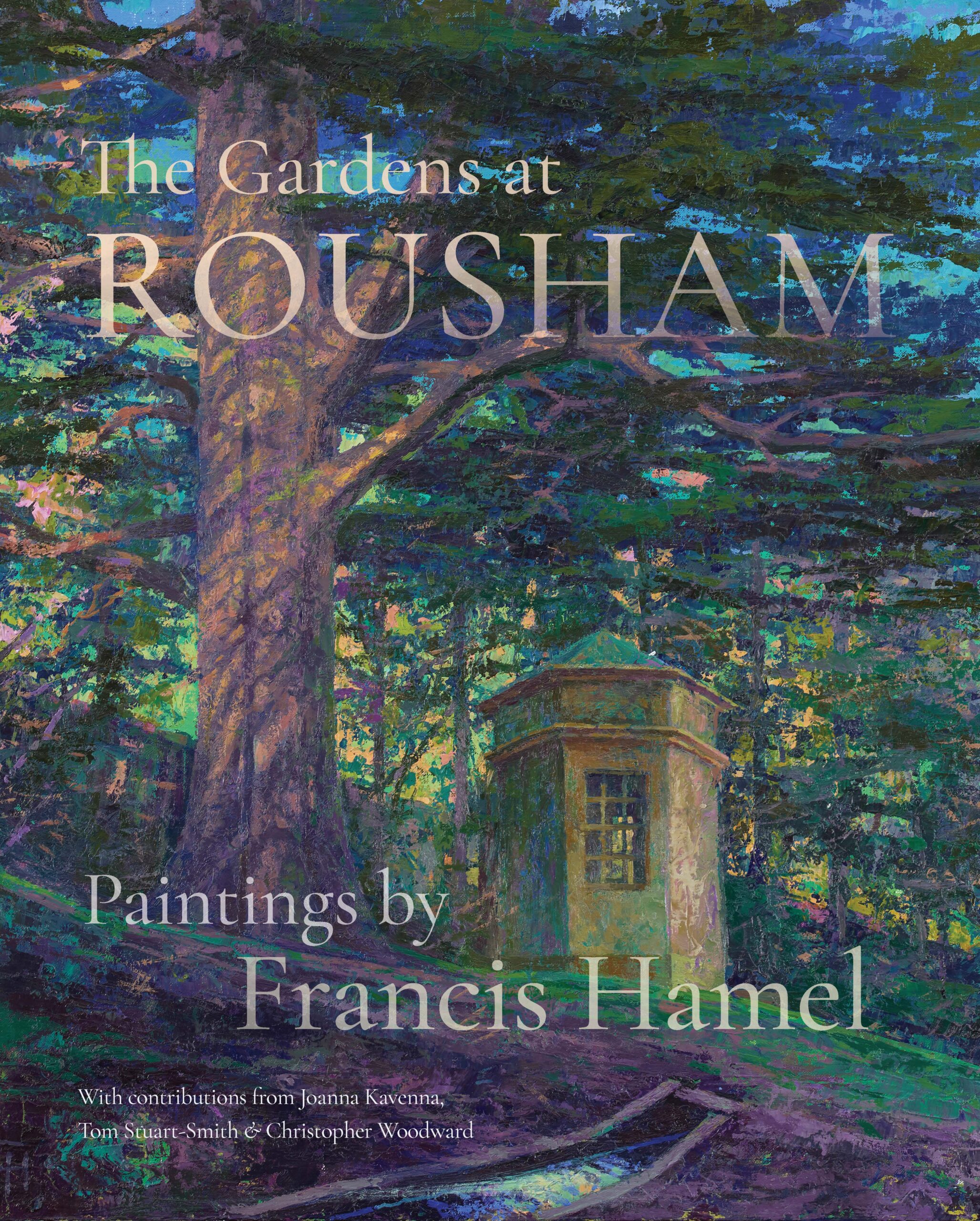 “It’s the pairing of the grand design gesture with gentle gardening that I feel so drawn to at Rousham – self-seeders and chance plant combinations tailored a little, or just left to be, as much part of its atmosphere as William Kent rills. That’s the mixture which Hamel -who know and loves this garden as only few do- paints so well. When I can’t get to Rousham I’ll look at this book of Hamel’s paintings for exactly that – crispness versus haze, definite lines balanced by softness, radiant light with cloud.”

“Important historic gardens fall into two main categories: those made by one person, whose vision has been carefully preserved down the years, sometimes for centuries, and those that are altered and developed by succeeding generations. Rousham, in Oxfordshire, is an example of the first and Bodnant, in the Conwy valley in north Wales, the second. Books on both have been published this year.

Francis Hamel is an artist, whose studio is in an old stable close to ‘the big house’ at Rousham, which was built in 1635 by the Dormer family. With the exception of the present owners, Charles and Angela Cottrell-Dormer — whose ancestor, General James Dormer, employed William Kent between 1737 and 1741 to improve on Charles Bridgeman’s 1720’s ‘landskip’ — he knows the garden better than anyone, having painted it in all seasons and most weathers and times of day. The majority of the paintings, reproduced so well in The Gardens at Rousham: Paintings by Francis Hamel (Clearview, £30), date from the ‘pandemic era’. The result is a remarkable testimony, by an artist of prodigious talent, to the genius of Kent, the sensitive forbearance of generations of Cottrell-Dormers, and the significant attractions of this garden. The oil-on-linen paintings are essentially, but not slavishly, representational and deeply atmospheric. The book also contains illuminating essays by the artist, as well as the novelist Joanna Kavenna, the garden designer Tom Stuart-Smith and the garden historian Christopher Woodward.”

A 216 page fully illustrated book of paintings and drawings by Francis Hamel was published to coincide with an exhibition of the artists work at the Victoria and Albert Museum in May 2019.

The Book is divided into seven sections that cover Tree paintings, Italian Landscapes and Gardens, The Oxford paintings, The Circus and Theatre paintings, Flower paintings, Landscape paintings and Portraits.

Click here to view a sample of the book

If you would like a copy please email francis.hamel@francishamel.com 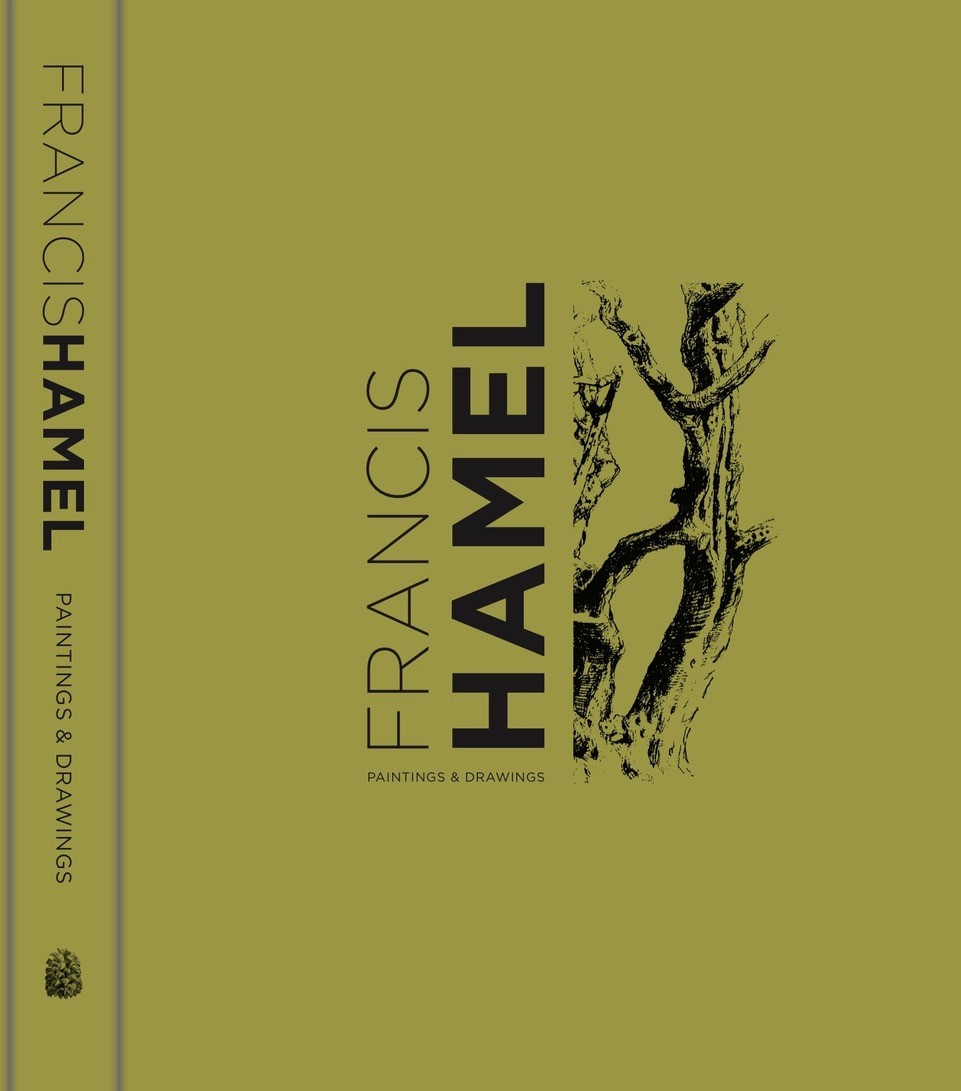